My name is Enam. I live in Bagdad, Iraq.

My daughter, 23 years hold, has inherited Huntington disease from her father. I knew that in her father’s family there was a disease related to uncontrolled movements, but I didn’t know its name, neither the consequences of it.

Nobody talked about it in my husband’s family and up to date I think that not even himself really knew what was going on. He was a military soldier and he denied his illness till the end of his life. I wasn’t his first wife: he was married before me and had already three children, which are all sick today.

When he was 30 years old, he started having problems at work that brought him to the hospital, but he never wanted to face the reality. All his family felt the stigma of the disease and where scared that, because of it, nobody would have married their family members and none of them would have had children. That’s why they tried to hide the disease in any possible way.

Zuzu was born in 1997. She was perfectly healthy until the beginning of the high school, when the first problems started. Before this moment, she used to follow me wherever I went because of my job as an engineer. She used to travel with me abroad, following my meetings. She was a very smart and clever girl and everyone used to compliment me for her education.

When she started high school, suddenly everything started to fall apart. She started to have head-hacks everyday, she had more and more difficulties in concentrating and studying. At school, the teachers started to notice her problems, but at the beginning everybody thought it was all related to some stress. I started telling her that it wasn’t necessary for her to become an engineer: she would have to pass just high school and then I would have sent her to a private College. I didn’t know that, at this point, even this was impossible for her, because the disease started its course and was changing her. In 2014 her teachers started to notice that even her writing was not longer legible and she fell high school for the first time that year. In 2015 the attention problems became more and more evident: she used to stand wandering into the void for hours and the teachers, who knew her since many years before, started to be very worried about her unusual behavior. Nobody could explain her sudden changes. She failed also in 2015 and she was very angry and frustrated about it. I took her to a doctor to investigate the reason behind her continuous headaches and I told him about her father’s problems. She did MRI, EG and blood test, all the exams prescribed by the doctor, but after the results they told us that there were no anomalies and prescribed her only paracetamol. I started to notice also some involuntary movements during the night.

In November 2016, since no local doctor was able to give me any explanations, I decided to take her to a doctor in Dubai, expert on Huntington’s disease. He knew her father and we started a cure with a drug called amantadine. I also got her tested for all her blood genes in order to discover the root of her illness. In 2017 we discovered that she carried the Huntington’s mutation with 59 CAG. I was shocked because I saw the disease wearing out her father, her uncle, her cousins and I was so scared about the consequences that it could have on Zuzu.

But at one point I realized that I had to be strong for me and her. I retired my job and right now my life is completely dedicated to Zuzu. I took her around the world looking for specialists’ opinion. That’s how I met Ferdinando Squitieri and LIRH Foundation for the first time in 2018. I looked up online and came into contact with the International Huntington’s Disease Youth Organization (HDYO) in the first place. Catherine and Matthew, HDYO board members, suggested me to contact Ferdinando. It was an important discovery because, from then on, there is more hope in our lives. Traveling around the world, talking with researchers and meeting other HD organizations, makes us feel that we are not alone. There is a huge community that works to find a cure for this disease and this thought gives me relief.

It is expensive to travel around the world, but it’s worth it. I came to Italy 4 times now and every time we come, even Zuzu feels a lot better. The change in her routine during the journey is vital for her. I can see it in her eyes: she is more active, she wants to go around, has much more energy and even I feel much better. It gives hope to both of us. Covid 19 is making traveling even more difficult because we can’t obtain a visa for longer than 5 days, but we are not going to stop because it gives a meaning to our time.

I think that people who are facing this problem need to believe in research but also need to communicate with each other. Communicate in order to increase their positive energy, share their experience to not feel alone and, together, keep believing that it’s worth to not give up.

I hope to always have the strength to keep taking care of Zuzu and wait that research does its course.

"Zahara (Zuzu) is affected by Juvenile Huntington's disease. Young adults like her, if approached with the right dose of humanity and expertise, will allow research to take great steps forwards the knowledge needed to find a cure”- Ferdinando Squitieri 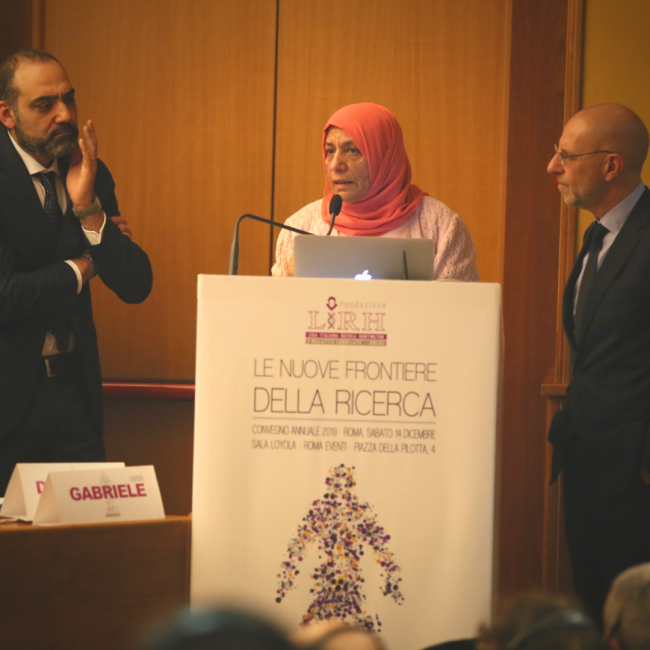