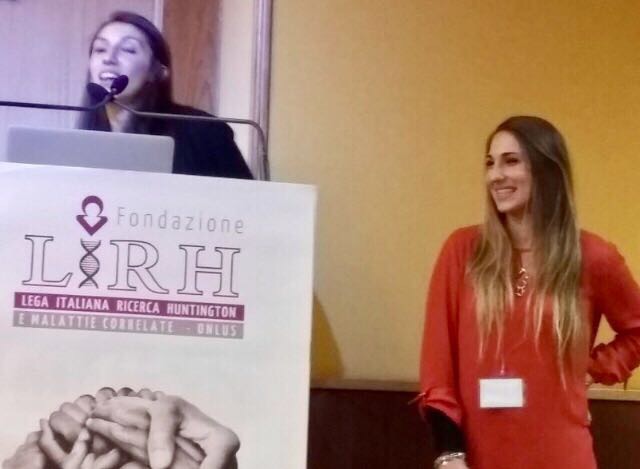 On the occasion of the annual conference of the non-profit LIRH Foundation that took place, with great success of participation, last Saturday, December 2 in Rome, the 'LIRH Huntington Disease Research Award' was assigned to two researchers of IRBM Science Park in Pomezia, this year at its first edition.

For 2017, the scientific board of LIRH has selected the study ‘Phosphorylation of huntingtin at residue T3 is decreased in Huntington’s disease  and modulates mutant huntingtin protein conformation’', recently published in the prestigious American journal Proceedings of the National Academy of Sciences (PNAS), conducted by the research group led by Dr. Andrea Caricasole at IRBM Science Park in Pomezia.

The research analyzes some specific morphological alterations of the huntingtin protein, which has a defective function in Huntington's disease.

"We are very honored that our group receives this recognition from the foundation Italian League for Research on Huntington, all the more so because it represents an example of an international joint work in which authoritative Italian groups have played a leading role," said Dr. Caricasole.

"The outcome of the research has a potential impact on the identification of new possible disease markers. The identification of peripheral biomarkers is essential to monitor the progression of the disease and the results of future experimental therapies,” so Dr. Ferdinando Squitieri, Head of the Huntington Research and Treatment Unit and Rare Diseases of IRCCS Casa Sollievo della Sofferenza/CSS-Mendel and Scientific Director of the non-profit LIRH Foundation, who also pointed out that the results - obtained from animal and laboratory cell models - have been compared with those obtained from samples of patients’ blood cells.

The Prize was awarded to the first authors, ex equo, of the work: Dr. Cristina Cariulo and Dr. Lucia Azzollini - on behalf of the LIRH Foundation - by Prof. Jean-Marc Burgunder, Chair of the European Huntington Disease Network (EHDN), the European network of researchers involved in the study of Huntington's disease.